Here is a report from a group of Singapore fanatic SPJ anglers about their trip to Maldives. 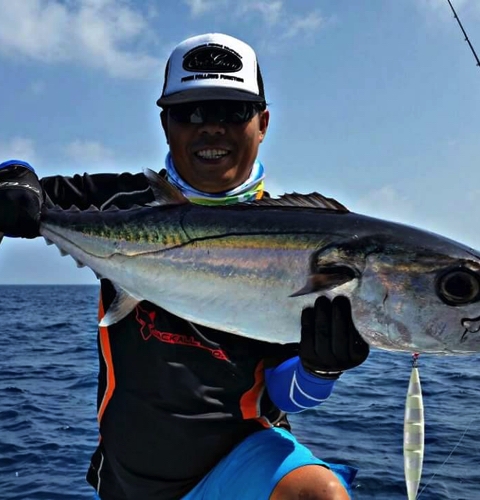 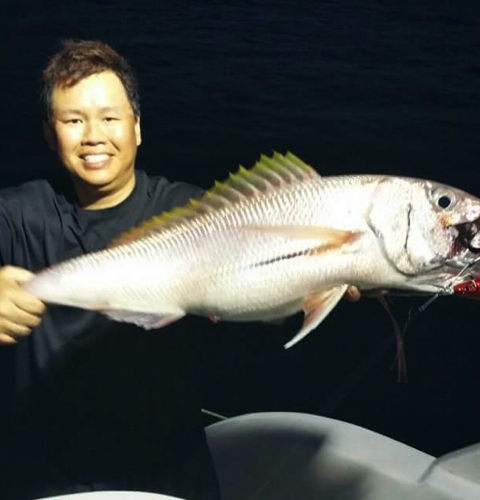 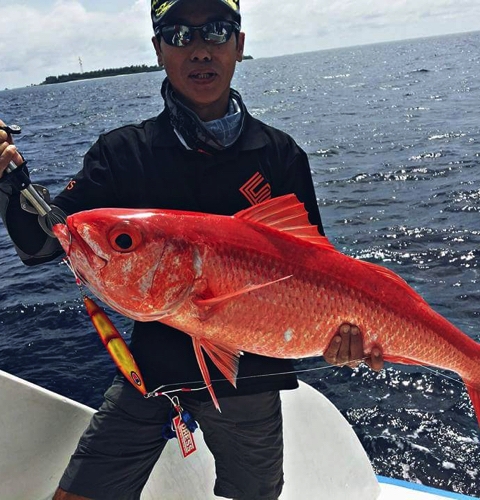 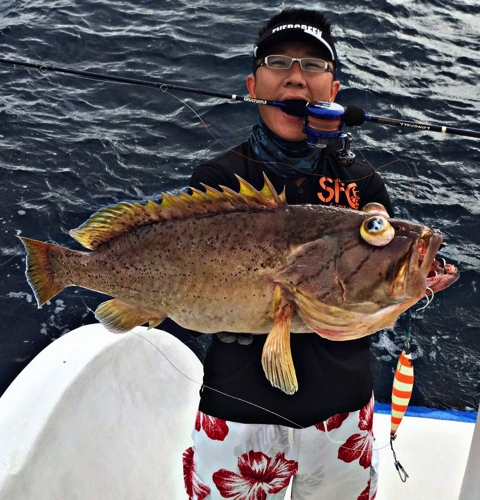 We just came back from Maldives.

Fishing conditions were difficult this year though as you know, boats are non spankered and wind was very strong. We had to use up to 500g to stay effective on the slow pitch game based on various jigs from Seafloor Control, Deepliner, etc.

We were playing at a wide water depth ranging from 50m till over 200m. Boat was free drifting and non-controlled during the game. That makes vertical play so much more difficult when the strong wind was moving the boat really fast (coupled with the opposite moving current).

Leaving with no choice, jigs had to go heavier till 500g and PE line used was mainly PE1.5 or PE2 from both OCEA EX8 and Super Fireline, as the thin line will cut down the water resistance to alleviate the problem. Still, line was drifting fast and far out. Wind was going at almost 12-13 knots and wave reached as high as 1m at times. We have to work harder by cranking the jig up and dropping them again (for every 10-15 pitches?). We just got to do all the right things about Slow Pitch Jerk to keep the game effective.

Sounds like a hard work! Free-drifting in high winds doesn’t sound very friendly to me.
I’m sure you guys have learned so much about body mechanics for slow pitch jigging. Even with slow pitch jigging, playing with a 500g jig all day is not easy. Your body really needs to be aligned to do that.

But you guys caught so much fish in so much variety. That is fabulous.
Great job. Your efforts deserve that.

Setting up the Slow-Pitch Jigging